Research and development claims in the software industry.

The IT industry is fast moving and constanly evolving so it’s no surprise that this sector is one of the largest in claiming R&D tax credits. Last year, companies in this sector claimed back £600 million to allow their innovations to continue.

Why is R&D important in the Software industry?

The software industry is one of the few sectors prevalent in claiming R&D year on year, but that doesn’t mean to say a lot companies aren’t missing a trick. Even today, with R&D Tax Credits becoming more and more widely known, there are still businesses not claiming as they feel they don’t qualify or they just simply don’t have the time to look into it. Claiming R&D can allow developers to invest more heavily in themselves and take new risks, opening the door to new rewards.

The software aspect of R&D isn’t just targeted at software developers exclusively, any business from any industry can make a claim if they’re developing new software in house, providing they meet the guidelines set out by HMRC. This allows for companies to develop their own sector specific software that can boost their industry to new levels of automation and efficiency.

The process of building a new software from the ground up is a long one; it requires a lot of trial and error from start to finish. These steps can be looked at when completing an R&D claim and can make up a significant amount of the cost of time spent on a project. 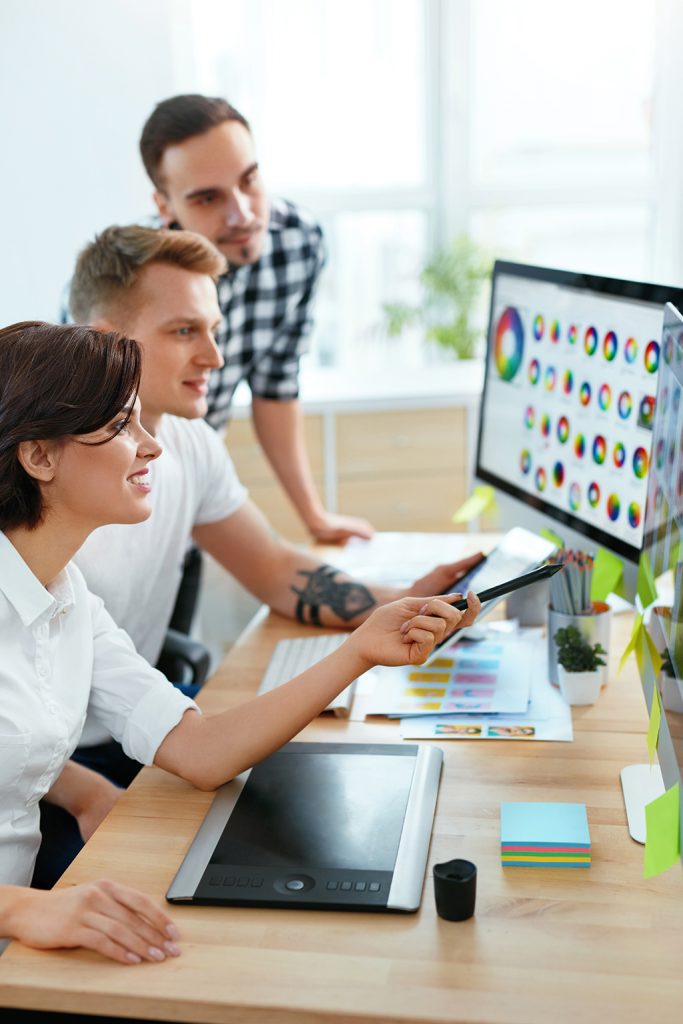 "We just wanted to say a massive thank you for helping us complete our recent R&D tax claim, you have helped us for a few years now but as always you make the process so simple and easy. Thanks to you we have now reduced this years corporation tax bill by three quarters. We have recommended your services on many occasions to other businesses and will continue to do so. The feedback we get from people we have referred you to is fantastic and it’s a massive credit to you and your organisation, we look forward to working with you for years to come."
Barrow Electrical
"To R&DTaxCredits.org, I wanted to send this testimonial for your work on our R&D Tax return. We never thought we had a claim for R&D but after a call, you said there may be scope to make a claim based on some of the work we do. You effortlessly reviewed several projects that we do and suggested we had a claim that we could back date two years later. Last week we received a payment over £5,000 which we would never have had without your knowledge and support. I could not be happier with how simple you made the process and thank you for your patience waiting for details from me! We have already collated evidence for this year’s claim and wouldn’t hesitate to recommend you!"
Empine Group
With the help of R&DTaxCredits.org, a Signage company based in Preston, Lancashire has received just over £16,000 for their efforts in innovation and problem solving. The family run business offer a full design and install service for signage in an array of products such as vehicle graphics and wrapping, shop signs, graphics, boards, and banners. The qualifying projects included solving problems on site; making alterations to designs to suit a specific setting; and research into how different materials, glues and paints react when used together. This cash injection will allow the company to invest in themselves and continue to grow.
Lancashire Signage
“I’d like to thank Dan for all his work in the background securing us a R&D tax credit. As a company we were unaware of the fact we could claim tax back on the research and development part of our business and had always accepted it of as an expense we could do nothing about. However, after a short conversation with Dan, we decided to ask R&DTaxCredits.org to act on our behalf and this has ended up with the refund by the tax department being paid into our bank. I wish we’d investigated this years ago as the amount was almost £29,000, which makes the amount we pay in tax a little more tolerable.”
Acorn Electrical Supplies
"We’d like to thank Dan and the team at R&DTaxCredits.org for helping us with our recent R&D claim. After a challenging year with COVID and uncertainty in the construction market, a large cash injection was exactly what we needed to ensure we could continue paying suppliers on time and continue with current works with no financial restrictions. With the help of Dan’s team we were able to claim over more than £70,000 back for our innovations and we couldn’t be happier. We wouldn’t hesitate to recommend R&DTaxCredits.org and we will continue to use their service in future."
SJH Renovations

Get in touch today to start your claim or for any questions you may have.

Made with ❤️ by Pixelmate

We use cookies on our website to give you the most relevant experience by remembering your preferences and repeat visits. By clicking “Accept All”, you consent to the use of ALL the cookies. However, you may visit "Cookie Settings" to provide a controlled consent.
Cookie SettingsAccept All
Manage consent

This website uses cookies to improve your experience while you navigate through the website. Out of these, the cookies that are categorized as necessary are stored on your browser as they are essential for the working of basic functionalities of the website. We also use third-party cookies that help us analyze and understand how you use this website. These cookies will be stored in your browser only with your consent. You also have the option to opt-out of these cookies. But opting out of some of these cookies may affect your browsing experience.
Necessary Always Enabled
Necessary cookies are absolutely essential for the website to function properly. These cookies ensure basic functionalities and security features of the website, anonymously.
Functional
Functional cookies help to perform certain functionalities like sharing the content of the website on social media platforms, collect feedbacks, and other third-party features.
Performance
Performance cookies are used to understand and analyze the key performance indexes of the website which helps in delivering a better user experience for the visitors.
Analytics
Analytical cookies are used to understand how visitors interact with the website. These cookies help provide information on metrics the number of visitors, bounce rate, traffic source, etc.
Advertisement
Advertisement cookies are used to provide visitors with relevant ads and marketing campaigns. These cookies track visitors across websites and collect information to provide customized ads.
Others
Other uncategorized cookies are those that are being analyzed and have not been classified into a category as yet.
SAVE & ACCEPT