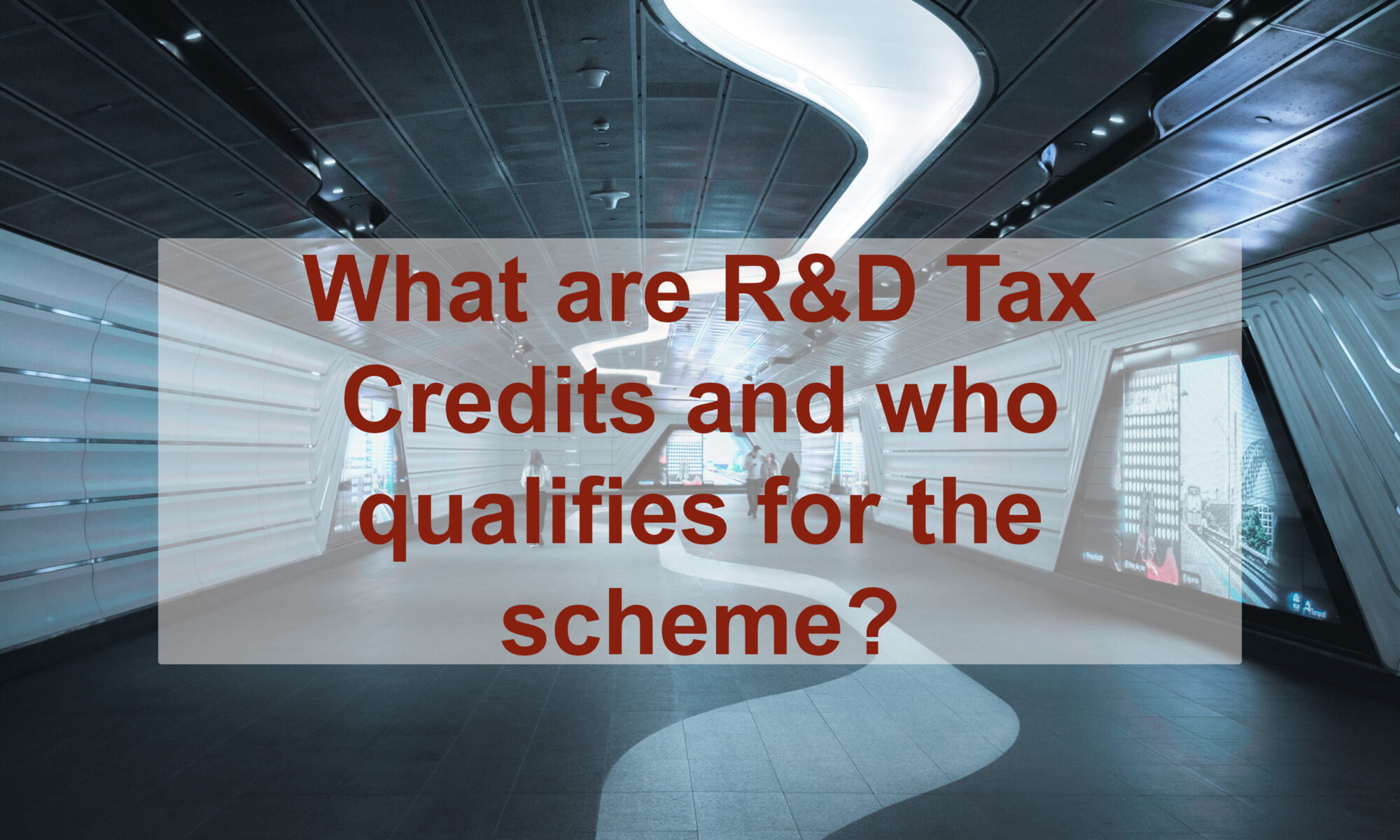 What are R&D tax credits?

R&D tax credits are a government incentive designed to stimulate growth and to reward innovation from UK companies. The scheme has been running for over a decade and has been so successful, that it’s been guaranteed until 2032.

In short, companies spend money developing new products, processes and services; or bettering/simplifying existing ones. A percentage of this (26-33% depending on tax position) is then eligible to be paid back to the company as cash or removed from any outstanding corporation tax bill. The relief can be claimed year on year providing a business is still ticking the relevant boxes mentioned above. A company doesn’t even have to be successful in their attempts, they just need to have sought an advancement within their industry.

Who qualifies for the scheme?

A very common misconception surrounding R&D, and quite often the first thing that comes up when ever the topic is mentioned; is this belief that it’s only for the ‘white lab coats and test-tube’ type companies.  Truth is, a lot of companies are eligible for R&D tax credits, but they just don’t know it. As long as they are liable to pay corporation tax, spending money on innovative projects and solving common industry problems, there’s potential for you to make a claim.

HMRC estimate that a majority of companies that are eligible for the relief don’t take advantage of it; this is most likely down to a company not knowing the scheme exists or they simply don’t think they qualify. Quite often, companies think the scheme is purely set up for larger entities throwing millions at developing the next big tech product, but this couldn’t be further from the truth. It was in fact started with the intention of getting the UK’s SMEs investing in themselves stimulating growth.